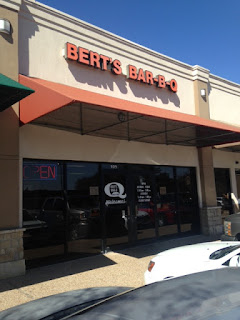 After taking care of some business this morning, Tish and I stopped at Bert’s to pick up some lunch to take home. Bert’s appears to be a typical strip mall location, with counter service. We order turkey, brisket, original sausage, pork ribs, and chicken. I will say that their prices seem very reasonable…. 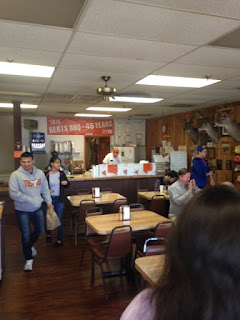 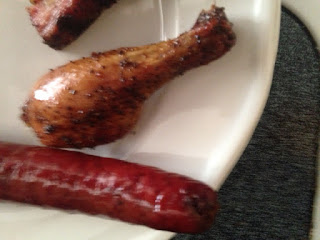 Chicken: The chicken is tender and juicy, and it does have a light smoke flavor. However there’s not much else going on here. It’s not bad, but doesn’t really stand out. Tish and I both call it 5.0/10. 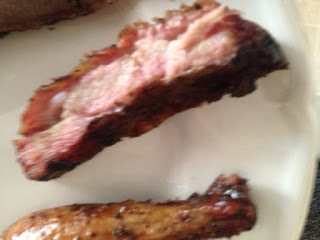 Pork Rib: The rib has some crust, and is reasonably tender. But like the chicken it has a light smoke flavor and not much else going on. They are also on the light side when it comes to meat/bone ratio. Again, nothing stands out here. We both give it 5.0/10. 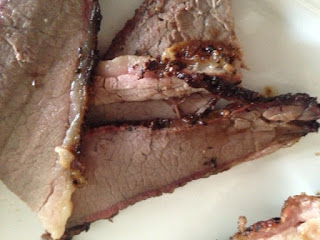 Brisket: The brisket has no real flavor at all other than beef. It’s somewhat chewy, although not too dry. We both agree it has unfortunately earned the “Roast Beef” title (if someone had us close our eyes, put  a piece in our mouth, and asked what we thought of the roast beef, we’d have no reason to assume it wasn’t roast beef). We both agree on a 4.0/10. 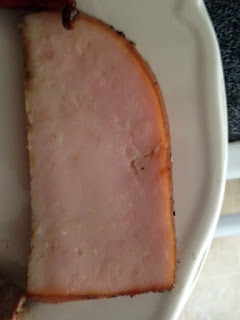 Turkey: The turkey is pretty obviously a processed turkey that they’ve smoked. The block they were slicing from was almost literally a block. The turkey is very rubbery. I can actually bounce mine on the plate. It does have some smoke flavor. I score it 3.0/10. Tish scores it 4.0/10 (she’s actually impressed that they managed to get the smoke to penetrate at all). 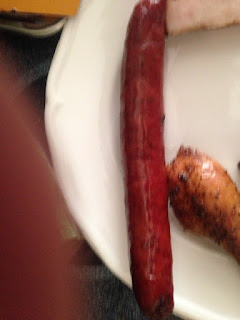 Sausage: When we asked if the sausage was gluten-free (Tish has celiac), we learned it a) came to them from elsewhere and b) contained barley and corn cereal fillers. So Tish can’t eat it because of the barley. Being brutally honest, she’s the lucky one here. This was one of the greasiest pieces of sausage I’ve tried. There is some snap in the casing, and it was reasonably tender. There was a touch of heat. However, there was no real flavor to speak of. Combine that with the grease, and I couldn’t finish it. My score: 2.0/10.
(Scott's comment: Seems pretty cut and dried... unlike the sausage.)
Bert’s seems t get some praise online for their chopped beef potatoes and their Frito pie dishes. Maybe they do a better job with those items, but given the quality of the brisket that would mean it’s about the sauce.
(Scott's comment: Ernie wasn't there to improve the food?)


Is it worth a visit? Honestly, I have to say no. Three of five items score in the “we wouldn’t order again” or lower range, and the two that didn’t just barely avoided it. There’s just so many better places to get BBQ in Austin. If you do go, stick to ribs or chicken, or try the items we didn’t.
(Al's comment: Looks like a UT hang-out joint; maybe its less about quality then availability? I've known a few of those places over the years. )


Is it worth a trip? Not in our book.