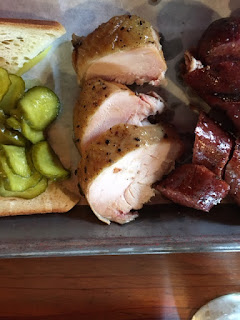 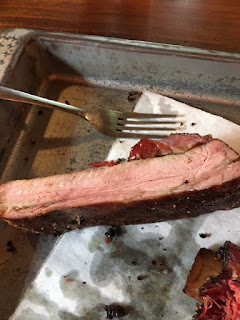 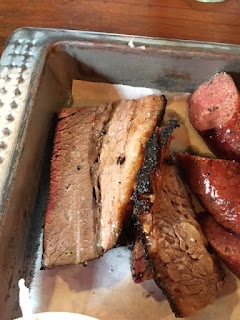 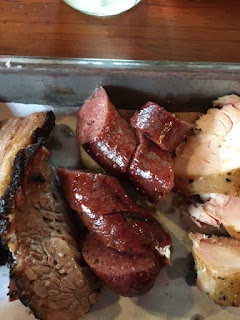 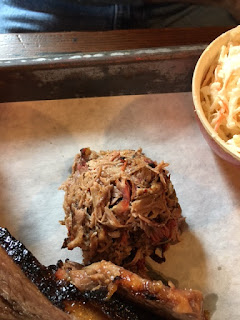 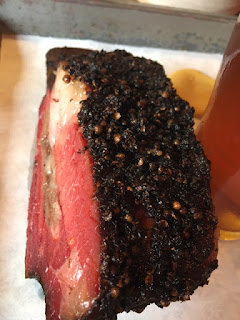 Pastrami Beef Rib: I was the only one to try this. I must admit I had some preconceptions. It’s always important to remember that pastrami is a style of preparation and technically NOT a flavor (although there are some common flavors used when making pastrami for deli meat). So, if you order this expecting to taste your normal pastrami sandwich, you’re going to be caught off guard. What you are getting is a beef rib that is VERY tender with a nice smoky flavor and some delicate seasoning. It also looks like it is rare (very red) even though it isn’t. It’s a quality beef rib. Tom – 9.0/10.
The Granary has put together a quality BBQ place. They have some excellent food, and make some great beer to go with it. Consensus was that we’d probably spend way too much time here if we lived in San Antonio.
Interestingly, the layout inside seems a little different than a lot of places. They seem broken up into smaller rooms. The section we were in would have sat no more than 20 I would suspect. Definitely a lot quieter than most places. We liked it.
Is it worth a visit? Definitely.
Is it worth a trip? Absolutely. It qualified as a trip for us but we certainly considered the time well spent.
-Tom
at 6:00 PM 12 comments:


Heading back from visiting my friend Loni, I detoured into Spring to pick up some Corkscrew BBQ to take to friends in Pearland. Corkscrew had impressed me at the various festivals I had been to, so it was time to see how they did on a more formal visit. 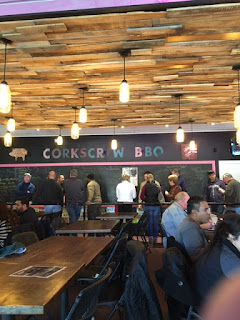 Corkscrew BBQ is typical counter service BBQ. They offer a wide selection of plates and sandwiches as well as meat by the pound. I’ll be trying moist brisket, sausage, turkey, and pork ribs. 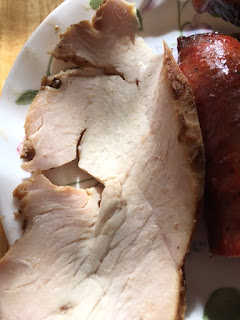 Turkey: The turkey is very tender and moist. There’s a light smoke flavor. I can taste a hint of some pepper in the rub, but the seasoning is a little light for my taste.  Overall let’s call it 6.5/10. 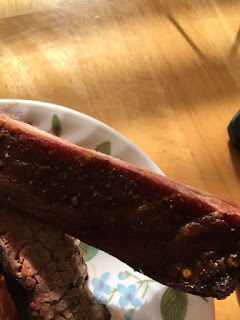 Pork Ribs: The ribs are  tender and juicy and have a nice crust. There’s a nice smoke flavor, but like the turkey I’m not tasting much other than smoke and maybe a hint of pepper. I’d like some more flavor here. 6.5/10. 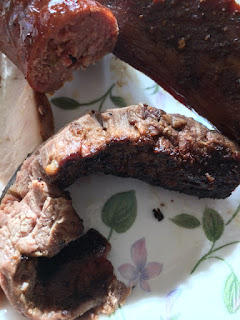 Brisket: The brisket is moist and tender and has a very nice bark. It has a wonderful smoky flavor and there’s some nice pepper working here. This has all the flavor that the previous two didn’t quite live up to. Call it 8.5/10. 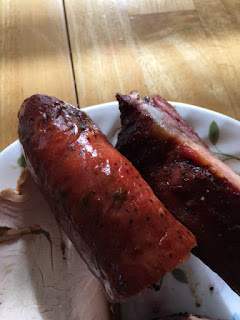 Sausage: I made a tactical error, and forgot to ask what type of sausage they have. Turns out it is a jalapeno sausage, as one of my friends pointed out when I brought it back. Needless to say, this had me suspecting I had an un-scorable item for myself….


Except I don’t. Corkscrew has actually done something I thought was impossible: they’ve made a jalapeno sausage I don’t just like, but love. It’s tender and juicy, with a nice snap in the casing. You get a nice light heat from the jalapeno, but the other flavors mask the taste (which is a plus in my book). This is really good. Call it 8.5/10.


Corkscrew BBQ is definitely producing some solid BBQ. I’d like to get back and try beef ribs (Saturday only) and their pulled pork.


Is it worth a trip? By our standards, not quite yet. Only two scores at an 8 or above (so far). This may be subject to change if/when we try other items. 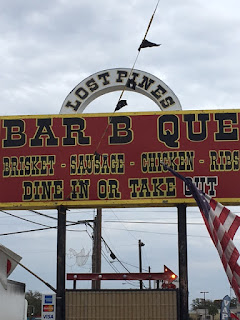 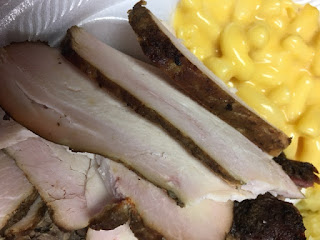 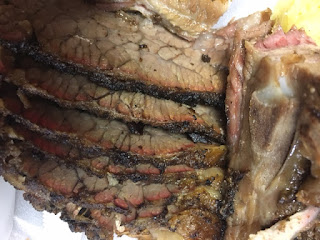 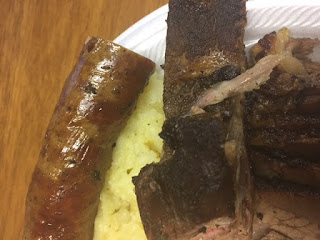 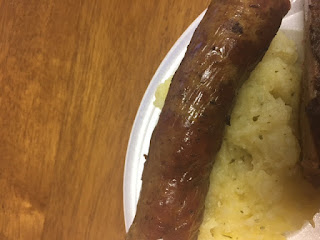