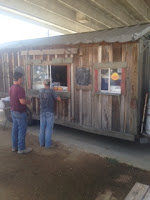 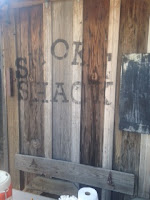 (Alex's comment: Hey! We're back after a short break. Hopefully, you've stuck around to check us out again.) 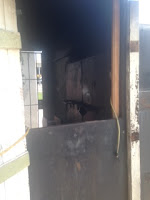 Scott and I are in San Antonio for a long weekend helping his family with some things. We stopped at the Smoke Stack food trailer (they also have a restaurant) for lunch.  It’s a trailer located in an old gas station lot off of Nacogdoches.  They have at least one smoker connected directly to the trailer (man, that must get hot this time of year!) .


Scott and I each order three meat plates, allowing us to get some of every meat they serve: brisket, sausage, chicken, pork ribs, turkey, and pulled pork. 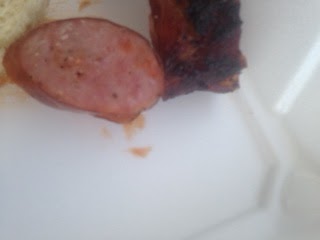 Sausage: The sausage is a fairly run-of-the mill sausage you find at most places that don’t appear to make their own. It doesn’t stand out much. The one big bite I had didn’t have much snap in the casing. Flavor was decent, but not great. I give it 5.0/10. 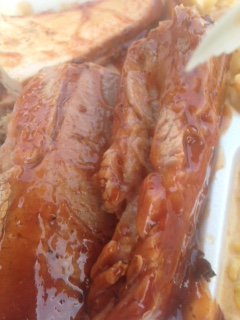 Brisket: The brisket has some smoke flavor (as best I can tell through the sauce), but not much bark. Even through the sauce it’s a little dry. It definitely is helped by the sauce. I’m giving it 6.0/10, but suspect it might be a little lower without the sauce. 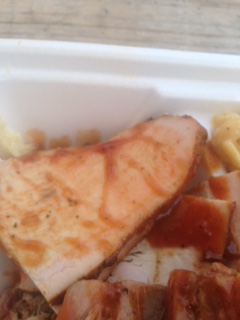 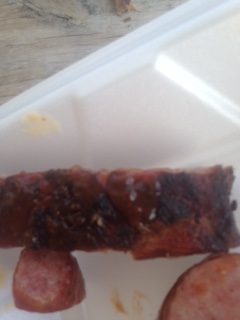 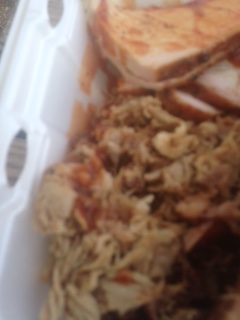 Pulled pork: This has a good smoke flavor, and isn’t too greasy (a common failing in pulled pork). If there was another flavor other than the smoke, this could be excellent. Call if 7.5/10.


Is it worth a visit? Absolutely. Smoke Shack has turned out a solid entry in the BBQ crowd. Nothing is bad, and some items are on the high end of the good scale. If you’re looking for a good place to grab a quick BBQ lunch, it’s a good choice (and isn’t that far from Bill Miller’s).