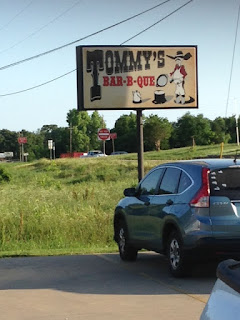 We decided to get take-out BBQ from Tommy's as a warm-up before attending the Red Dirt BBQ festival the next day. Tommy's is a small business in downtown Gun Barrel city. It is typical order at the counter. Yelp reviews are very positive and Tish's parents swear by it. 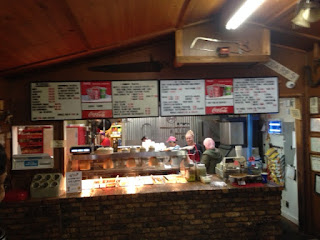 They have a varied menu, but we don't want to overdo it. We get brisket, sausage, pork ribs, and ham. 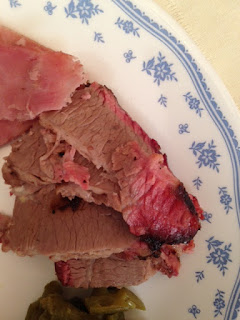 Brisket: I asked for moist. I really hope this is lean. It is very dry, has very little smoke flavor, and not much flavor otherwise. Bland is the word that comes to mind. I give it 4.0/10. 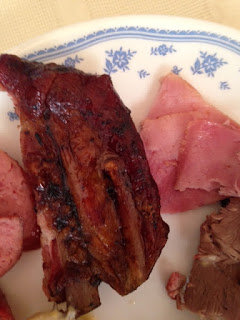 Pork Ribs: I tried three ribs. All were dry (some more than others) and somewhat tough. There isn't any smoke flavor and no real flavor at all. Again, bland comes to mind. I'll call it 4.0/10. 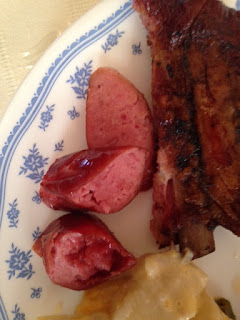 Sausage: when I asked what type of sausage they have, they say they use an Eckrich sausage. This doesn't fill me with confidence as very few can turn that into something good. And my fears are justified. The casing is chewy, the filling is mushy, and that one word pops up yet again.... Bland. It's almost likening a hotdog.  I give it 3.0/10. 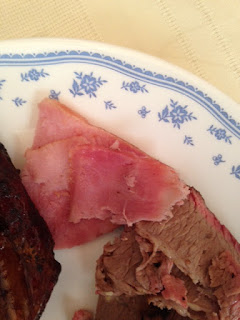 Ham: The ham is actual reasonably tender and moist. It also has a decent flavor.  However, there's no smoke flavor at all. If you told me I was eating Christmas ham cooked in the oven I would believe you. I'll give it 5.0/10 simply because while it isn't bad, it doesn't taste like BBQ.


To read the Yelp review and to listen to my in laws, this is one of the best BBQ places ever. All I can say is, "We have vastly differing ideas on what constitutes good BBQ". Hopefully we can change some opinions tomorrow at Red Dirt.


Is it worth a visit? Honestly, no. Of the 4 items I tried only the ham earned a passing score.


If I have to go anyway? Order the ham or try one of the items I didn't order.