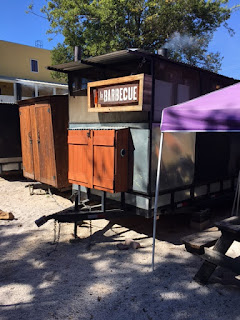 It has been a little over a year since I visited La BBQ, and in that time they moved from their old location to a new one on East Caesar Chavez. Mike mentioned he and Johnny were going to pick up some BBQ and I headed on down to say “Hi”, pick up some for Tish and myself (and Scott chimed in for some as well), and see what (if anything) had changed.


They are now located in the Aztec Food Park, and lines do start forming early. There were about 15 people ahead of us and another 40 or so behind us at 10:45. When I get to order (more on that at the bottom) I order moist brisket, pork ribs, turkey, sausage, and a beef rib. 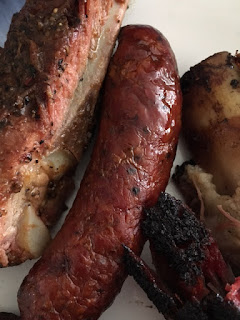 Sausage: The sausage is still their hot gut. It had a flavor last time that didn’t quite appeal to me. Not sure what they changed, but this is definitely better. It is still excellently prepared, with a nice snap, and there is some very nice heat in the flavor. Incidentally, if you like savoring the different flavors of your BBQ I’d eat this one last. I’m now scoring this 8.0/10. 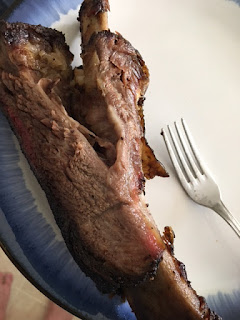 Pork Ribs: They still have a wet rub in the process, but there’s definitely a better crust this time. They have a nice combination of sweet and spice, and are tender without being overcooked. I’m now scoring them 8.5/10. 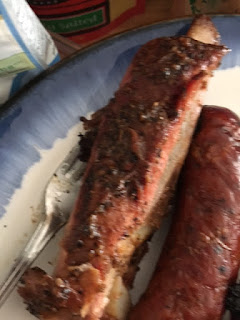 Beef Rib: The beef rib has a nice smoky flavor, and is nice and tender. There’s a lot of good pepper and it isn’t as salty as last time. Call it 9.0/10. 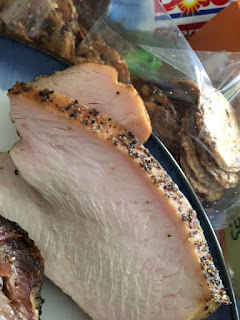 Turkey: The turkey is tender and juicy, with a nice amount of pepper in the rub. It has a nice smoke flavor as well. Call it 9.0/10. 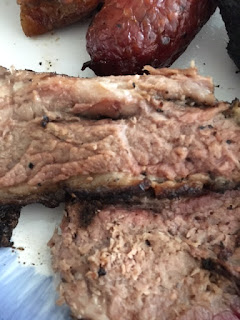 Brisket: The brisket is as excellent as I remember. It has a nice bark, is moist and smoky, and there’s a nice pepper flavor as well. Still 9.5/10.


It looks like the move hasn’t hurt La BBQ in terms of quality. Everything was either the same or has improved. They are definitely turning out one of the best smokes in the area, and it is worth checking out if you have the time.


And if there’s a catch, it is going to be time. In my last write-up, I commented that as a trailer the line seemed to move slower. It sparked a post on perception, as I had been in a line half as long as a Franklin line, but still waited 2 hours.


But today there were 15 people in front of us, and they weren’t all separate orders. Line started being served at 11:00, and I got my order at 11:58. So basically an hour to serve 18 people (and not 18 orders). I’m not sure what’s slowing things down (although it seems that take-out orders may be part of it) and maybe I just caught them on a really bad day. But be aware that the wait at La BBQ seems to be a lot longer than the norm (even for trailers).


Is it worth a visit? Absolutely. *


Is it worth a trip? Again, absolutely. * It is some of the best BBQ in the area.


*With the caveat that the wait may add substantially more to the time than the norm. 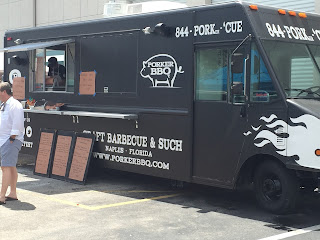 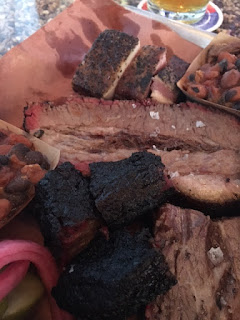 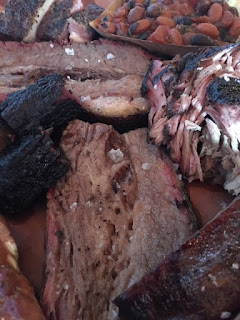 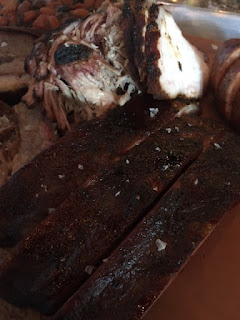 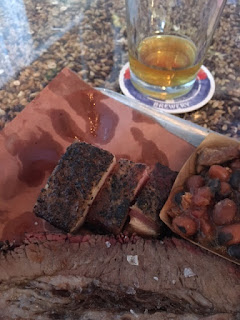 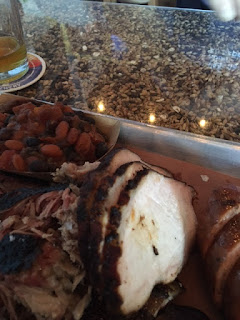 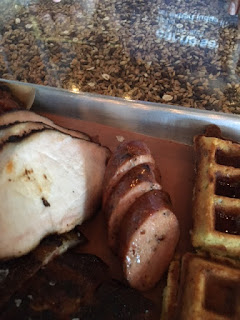 
Is it worth a visit? Absolutely.
Is it worth a trip? Absolutely, with a disclaimer. To the best of my ability to determine, it is only open on Friday and Saturday at the Naples Beach Brewery. The Brewery is certainly worth a trip in itself, and there are some board games there as well as the usual TVs showing sports, but you may want to consider whether you pack the young kids up for a 60+ mile trip just for the BBQ if the venue doesn't appeal. But then, what's not to like about great BBQ and great beer?
-Tom
at 6:00 PM 14 comments: